As the curtain closes on another packed Autosport International show, and we reflect on the amazing cars, kit and “extras” on show, Laser Prototypes would like to thank everyone who visited our stand, making ours a very successful debut appearance

We had a fantastic response to the prototype models on display, and would like to thank everyone who visited our stand to discuss our service offering.

On display were a range of previous projects including:

We received very positive feedback on the numerous applications for Rapid Prototyping within the Automotive industry from its application in initial prototype testing to final production parts. 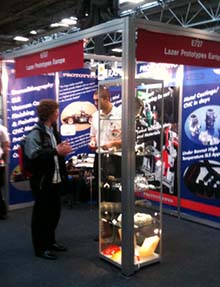